Going back to Olympic badminton, Olympic swimming, and college football, recall the following:

Law: People will strategize according to the institutional features put in front of them. 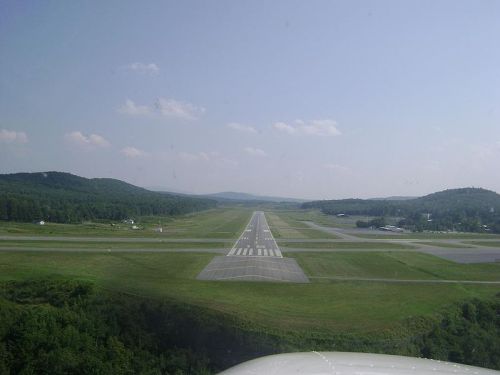 Lebanon Municipal Airport is one of those tiny airports that services a sparsely populated area. The federal government subsidies these airports so they stay afloat…but only if they have enough customers. In fact, it needs to have 10,000 passengers to qualify for a $1 million grant. Administrators want that grant but are about a thousand short for the year.

Their solution? Sell flights for $12 until they hit the threshold.

Whoever set up the grant system surely did not intend for this to happen. A customer should only count as a customer if he is willing to pay for the good at a price that the business can sustain. But the 10,000 passenger threshold was some arbitrary break point that “separates” worthless airports from airports worth subsidizing. This system is obviously prone to abuse. Credit the Lebanon Municipal Airport administrators for figuring it out.

How do you fix the system? Simple: create a formula to determine the maximum federal grant money as a function of number of passengers per year. An airport that flies 10,000 per year should not be worth $1,000,000 more than an airport that flies 9,999 per year. Offering $100 in subsidies per passenger, for example, would eliminate Lebanon Municipal Airport’s perverse incentives.