Recently, some commentators have suggested that the Biden administration use Trump’s withdrawal from the Joint Comprehensive Plan of Action—the Iran Deal—as leverage to obtain a better agreement. This logic has a tempting appeal. If the United States appears to be less interested in an agreement, and Iran still wants one, then Iran might have to offer more concessions to coax the United States.

However, setting this as the expectation misses the bigger picture. The United States is in a poor bargaining position for three reasons. Negotiations like these are generally difficult for the opponent of the potential nuclear weapons state. Leaving the deal has caused Iran to become more capable of developing nuclear weapons, not less. And because the United States has shown a willingness to leave agreements, the United States must sweeten the pot to coax moderates in Iran to take a domestic political risk by entering a new deal.

As such, the Biden administration ought to temper expectations heading into the new round of negotiations.

Nuclear Negotiations Favor the Would-Be Proliferator
The first problem is structural. Nonproliferators—the United States in this case—generally have the inferior position.

The deadlock with Iran will end in one of three ways: Iran developing a nuclear weapon, preventive war, or a deal. The United States has a long-standing policy to curb nuclear proliferation worldwide. Iran—a long time adversary—does not get a pass here. So the first option is off the table.

Preventive war is not a good outcome either. Optimists may look at how Israel handled Iraqi and Syrian programs and aspire to replicate those precision strikes. But there are major differences between those programs and Iran’s. Iran is in later stages, with multiple key facilities. Anticipating potential strikes, Iran even built its Fordow facility underground. This would mean that an effective preventive war would require boots on the ground and a more expansive mission. Lessons from Afghanistan and Iraq indicate that the United States should think twice here. 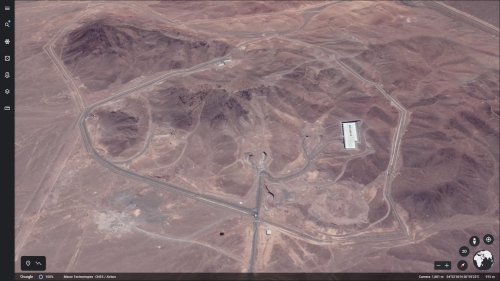 The Fordow Fuel Enrichment Plant, most of which is underground

That leaves a deal as the final remaining option. As I write about in Bargaining over the Bomb, if the United States wants long-term Iranian compliance, the deal must be generous. That is because the agreement must be better for Iran than building a weapon. A starting point for negotiations is therefore to treat a potential proliferator as though it already has nuclear weapons. Put bluntly, the United States needs to afford Iran about the same amount of begrudging respect it gives to other nuclear powers, like Pakistan.

Yes, this is a high price to pay. But insufficient concessions will induce Iran to build nuclear weapons. At that point, the United States will have to give that begrudging respect anyway and suffer the systemic instability that comes with another nuclear power born into the world.

Iran’s Increased Nuclear Competency
One benefit of reaching an agreement is that Iran does not spend money and resources on building and maintaining nuclear weapons. As a result, the United States can somewhat tilt the agreement in its favor.

But this reveals the second problem with trying to obtain a better deal than what original Iran Deal provided. The United States withdrew from the agreement in 2018. Iran initially maintained compliance with provisions to freeze its nuclear infrastructure despite the Trump administration’s departure.

If you want to stop someone from doing something, you will have to pay them more as doing that thing becomes cheaper and easier. That is Bargaining 101. But that means the United States must be more generous this time around, not less.

Furthermore, if the United States wastes time holding out for a better deal, Iran’s competency will only increase in the interim. That further shrinks the amount that negotiators can extract out of Iran.

The Inconsistency Premium
The final problem is signaling an unwillingness to stick to an agreement is actively harmful, not helpful.

Biden may want to reach an agreement now and stick to it in the long term, but Iran must worry about what will happen in 2024 or 2028. Will a Trump-thinking candidate come into office and tear up the agreement once again?

The fact that the United States did this once suggests that it could easily happen again. If so, why would a moderate in Iran want to expend domestic political capital that will not provide lasting benefits?

Fortunately, the United States can overcome this problem in the short-term. But that means sweetening the pot for moderates in Iran to go along with it and expose themselves to those political risks.

There Is Still Time
Fortunately, there are concrete steps the Biden administration can take to overcome these problems. Iran’s nuclear fate has not been sealed. What the United States does in the upcoming months may very well decide it.

The first step is to revert back to Obama era policies. This means terminating the Trump administration’s latest economic sanctions against Iran. The same goes for the targeted sanctions against Mohammad Javad Zarif, Iran’s Foreign Minister and chief negotiator of the Joint Comprehensive Plan of Action.

The second step is a change in rhetoric. This is a central policy goal for Iran, and obtaining it would reduce the payoff a nuclear weapon would provide. But right now, the United States is working against that. The two rivals are currently engaged in a stare down, waiting for the other side to blink to restart negotiations. For the reasons described above, Washington’s position gets worse as time progresses. Extending the invitation simultaneously softens the rhetoric and gets the process moving.

That is not to say that any of this will be politically easy. The original Iran Deal faced a fair degree of skepticism in Congress in 2015. More recently, some Republicans pushed Trump to send the Iran Deal to the Senate—precisely so that it can meet a public defeat.

In general, though, Americans should temper expectations. They currently have a bad hand and can only play the cards they currently have. It would be a mistake to let the misplaced hope of a perfect deal get in the way of a good deal.